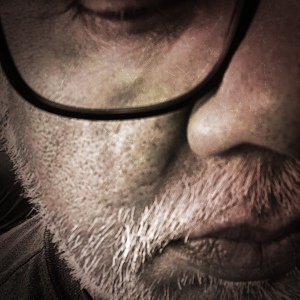 If you have paid attention to the past four years in Puerto Rico, you will have to agree that the imposition of neoliberal policies and the growth of the social violence are its most notable facts.

Pick up any newspaper from 2009 to 2012, and you will find there have been around a thousand murders each year. Most of these violent incidents are drug related. In the same newspapers, you might read how during this period, Governor Luis Fortuño, a neoconservative rising star in the republican party, introduced to the island the neoliberal views of deregulation of the economy, fast privatization of government agencies and responsibilities, and the implementation of the zero tolerance policy to deal with social or criminal deviation.

Just to give you a little background, Puerto Rico became a US colony as a result of the Spanish-American War, in 1899. Since then, the Congress of the United States has total political control over the 100 x 35 mile Island in the Caribbean, where its inhabitants have been American citizens since 1917. Today, there are more than nine million Puerto Ricans, but less than 4 million of them are still living on the island. In 1942, in response to a growing nationalist movement led by Pedro Albizu Campos, and as an answer to international pressure, the US Congress allowed Puerto Rico some space for self government as long as this “privilege” did not deviate from the US public policy, its laws or interfere with American economic interests. Under this relation, that the US still calls “territorial”, every four years the American citizens living in Puerto Rico can elect a governor and a bicameral legislature. This arrangement also allows Puerto Ricans to have a local justice system that deal with controversies of local matters and with every day security issues.

It’s my hypothesis that the sum of the violent colonial reality and the imposition of these neoliberal economics policies may be seen as the leading factor producing the social and criminal violence we experiment on the Island.

As my fellow professor José Raúl Cepeda explained during his presentation on Tuesday, Puerto Rican culture is the result of over five hundred years of colonialism, “machismo” and capitalism, which are violent political, social and economic processes that may produce a violent society.

To this already violent environment, the administration of Luis Fortuño added, using Jock Young’s terms, the bulimic neoliberal economic views that include everybody in the consumption process, but exclude most of us from the legal means to produce or earn income to pay for that consumption. In Puerto Rico, during the past four years, the government cut over 30 thousand jobs, reduced employee benefits, eliminated workers and environmental protective laws, cuts taxes on the rich, and so on. Like in others part of the world, the implementation of these economics views destroyed the middle class and left huge sub proletarian sectors with no economic options to survive. The Puerto Rican scholar Carlos Rivera Lugo, argues that the neoliberals political and economic views, like the ones imposed by Fortuño’s administration, produced a social war which at the same time produced social or criminal violence. Under this neoliberal state, Rivera Lugo explains that, because of the perception of an illegitimate government, people will look for any means, legal or illegal, as a way to survive economically. To this response by the people, the administration reacts with repression and state violence that will foment the image of the government as an illegitimate one, and there for, generate more violence response by the people, creating a circle that will go on and on.

From Rivera Lugo’s thoughts, we could say that in this neoliberal state, those with political or syndical organizational knowhow will develop new political, community or labor organizations to deal with the new reality. For example, during the past four years Puerto Rico saw the development of community and student-based organizations like the committee to reduce the cost of education in the University of Puerto Rico or the front to stop “el gasoducto”, a proposed 92 mile long pipeline that was supposed to bring gas through the central rainforest to the power plants in the north coast. Another example of this process was the birth of two new political movements, strong enough to make it to the polls.

But not everybody has those organizational skills or political knowhow. Hundreds of thousands of Puerto Rican living in marginal communities probably respond unconsciously to the government policies. If the government is not giving them the space to survive economically, they will make it themselves in the informal economy. This means, doing work off the books, selling bootlegged merchandise o entering the illegal drug trade among other things. In the words of one of my students, “if I can’t get a legal job, and my mama needs to pay the electric bill, what I’m supposed to do? Well I go, talk to the “bichote”, the drug pimp, work some hours and pay my mama’s bill.” This same student explains in class that he doesn’t like doing that type of work, “it’s dangerous” he said. But the alternative is to spend weeks or months, invest money, gas, good clothes, medical tests, background checks and drug tests to, if you are lucky, get a part time job in Walmart. For most of the young Puerto Rican males, that is the real world. The economic system imposed on them the social necessity of consumption as means of self realization, while closing all economic spaces but the drug trade.

Illegal drug trade is the third economic sector in the Island, and it is the second in job creation. In most of Puerto Rico’s poor communities, the illegal drug trade is the only working institution. In these “barrios” o “caserios”, is the “bichote” the one that gives jobs to the young male, provides security, pays for festivities and sport events, helps old people with their bills, etc. Of course, it’s an illegal business; violence and violent culture come with the territory. Especially in an already violent society product of its colonial history, it’s “machista” ways and the unregulated competition of neoliberal capitalism. Back in the 1950’s, Frantz Fanon and Albert Memmi, talk about how colonialism produces a colonized society that is not able to direct its anger toward the imperial power that oppresses them. Instead the colonized will drive is violence toward themselves. So, in Puerto Rico, today we have the recipe for the perfect storm; a colonial system that produces violence and an economic system that pushes young males toward an illegal and violent trade.

While this is happening, for the past 40 years, the government had responded with a hard line, zero tolerance policy. Every year, thousands of people are arrested, condemned, put through the system only to go back to the trade a couple of years later, now with more skills and prestige than before. To this punitive discourse, governor Fortuño added the republican views of family values and “law & order” above any other consideration. In true fascist style, the Fortuño administration responded with police repression to any one that disturbed the social order. It didn’t matter if your were selling drugs, killing people or protesting the privatization process at the state University, they would “kick your ass” to jail, using the words of Marcos Rodríguez Ema, Chief of Staff to Puerto Rico Governor, Luis Fortuño. The “social fascism” under governor Fortuño went as far as to prohibit any act that “undermined the activities of a public office”. This means that under the new penal code of Puerto Rico you can be put in jail for up to three years for protesting on the university campus or in front of the local capitol building.

Of course, when it comes to the illegal drug traffic or the violence, these punitive alternatives have not being successful at all. In Puerto Rico, like in the USA, drugs are cheaper and more available than ever. But, even when nobody can present any data to backup the punitive approach, administrations and politicians from both principal political parties had come and gone and strategies remained the same: more policing of the “hot areas”, more equipment and military training for the police and more surveillance technologies like cameras and radars.

We have to ask then; why do they keep doing the same thing over and over, if they know it does not work. The answer is easy, these punitive policies may not reduce the drug trade, make our communities safer or reduce the violence, but it will get you elected. Two weeks ago, Puerto Ricans went to the polls, and voted Luis Fortuño and his hardliner neoliberal policies out. In this past election, the people of Puerto Rico elected Alejandro García Padilla, a moderate neoliberal that proposes the use the National Guard and a web of high-tech radars along the coastline to prevent the drugs from coming in. Looking at this process, it seems that Puerto Rico reproduce the same characteristic that Jonathan Simon attributes to the United States. The so-called Puerto Rican working poor, that see themselves as “middle” class, are suffering the consequences of the neoliberal policy by losing economic and social status. Instead of blaming the rich for there misfortunes, this so-called middle class, look at the sub-proletarian as the cause of there problems and to the government as the one called to protect them from those deviants. It looks like the people of Puerto Rico will rally for any means of social control as a way to have a false sense of security.

In doing so, which is my hypothesis, the Puerto Ricans seem to end up, reproducing as an answer to crime and violence, the same conditions that produced the crime and the violence in the first place.

Here some photos of the ASC Chicago experience